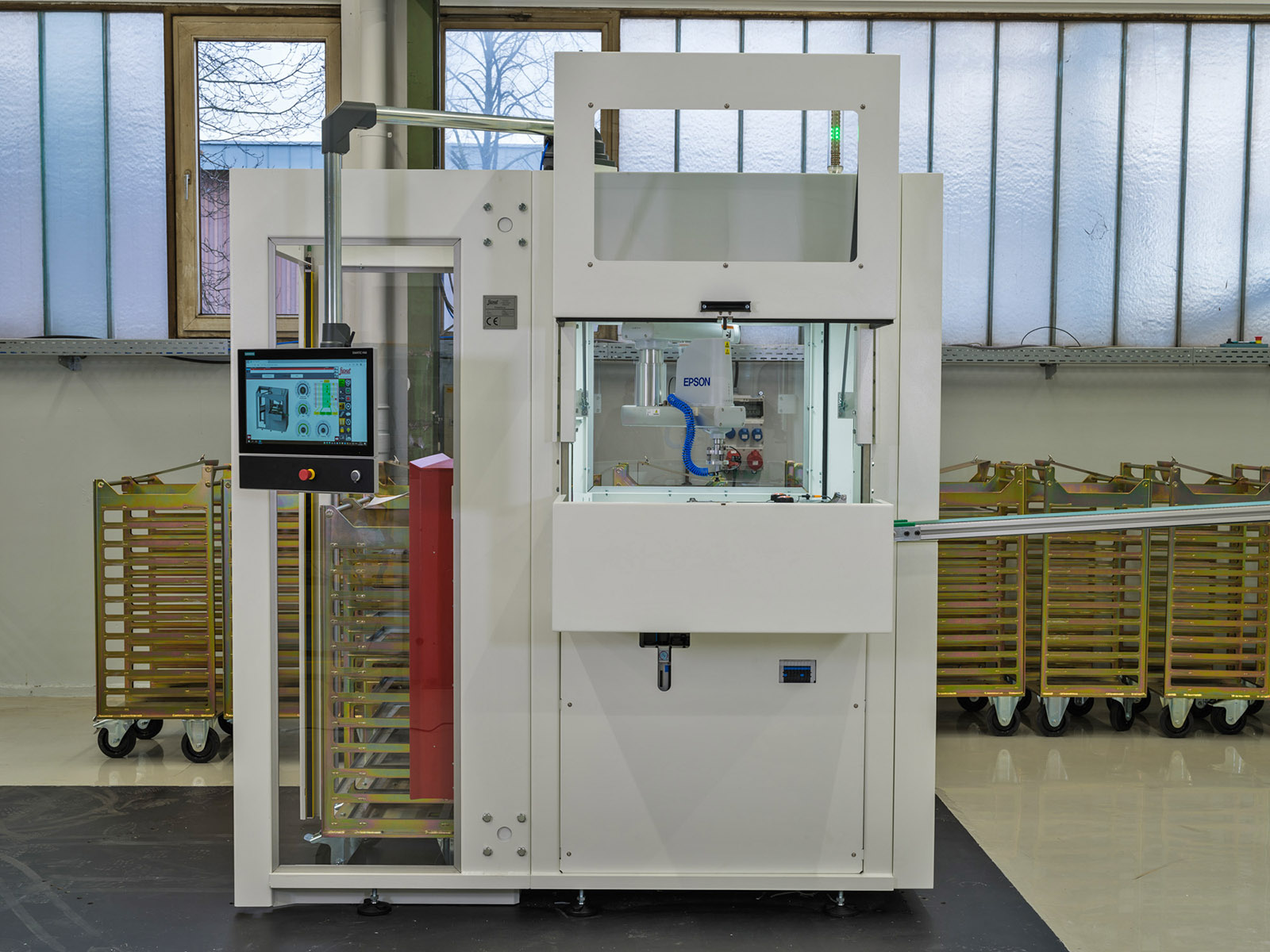 The robot-assisted ZPAL palletizer is designed for fully automatic palletizing of small to medium-sized parts of various materials onto trays.

In order to separate parts arranged on trays and feed them sequentially to further manufacturing processes, the palletizer can also be used as a depalletizer.

The advantages of the ZPAL palletizer

The separate carrier axes and the option to run a second tray trolley on the system enables maximum throughput.

The system can be used very variably. Product changes and bottleneck operations can be realized at very short notice by simple reconfigurations of the ZPAL system. 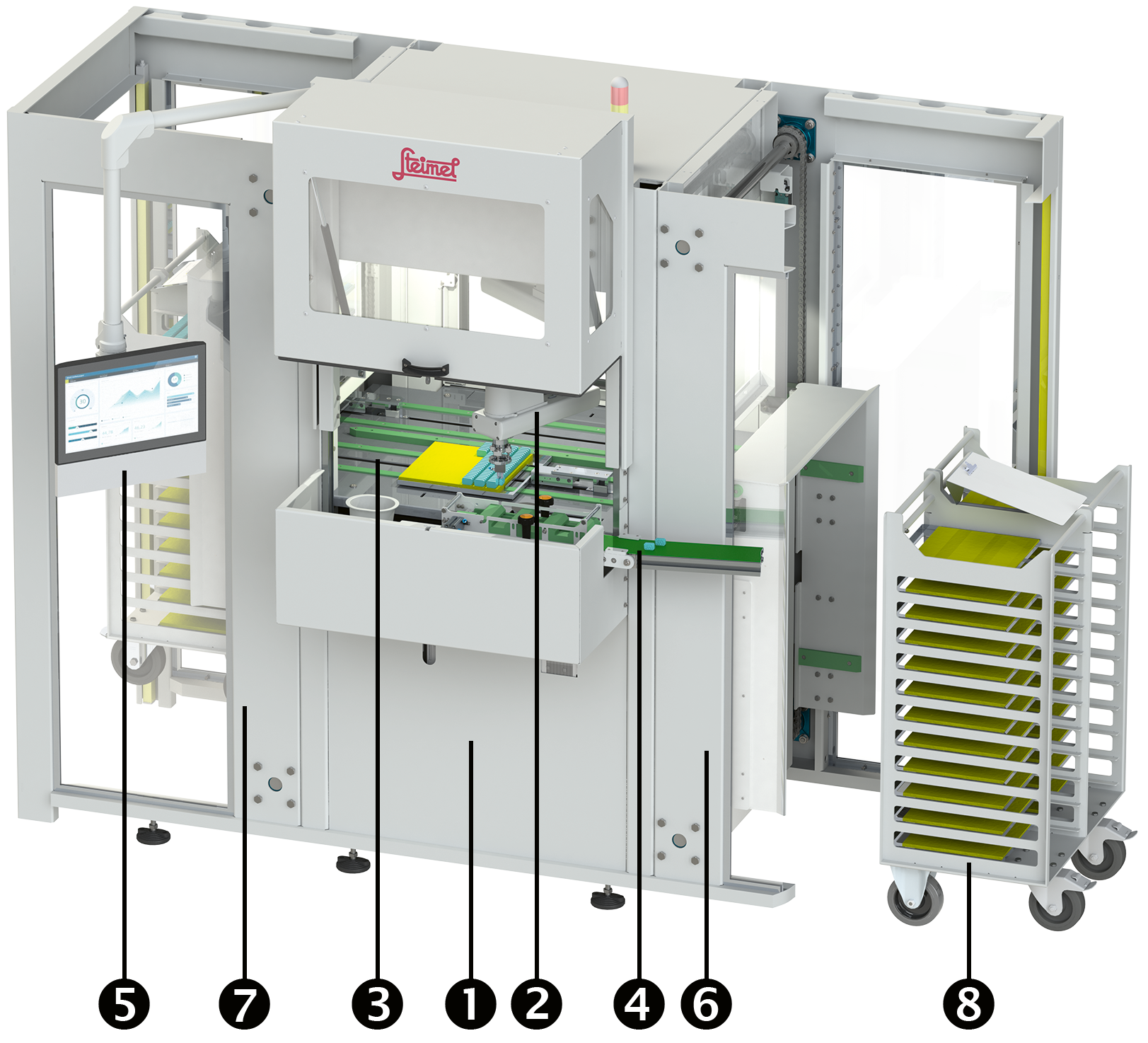 The core components of the ZPAL palletizer:

Optionally, quality checks of the parts can also take place in the basic module. For example, weighing or camera-supported part evaluation is possible. The defective parts are removed from the process. This can be reported to production control systems. Furthermore, a control of the upstream production processes can be realized (e.g. change of the mass weights of a parts press for ceramic products). 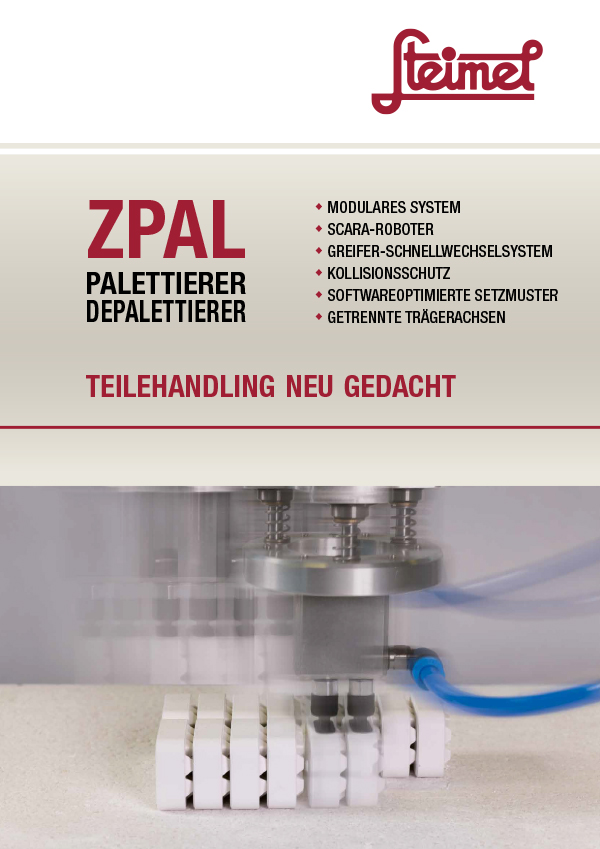 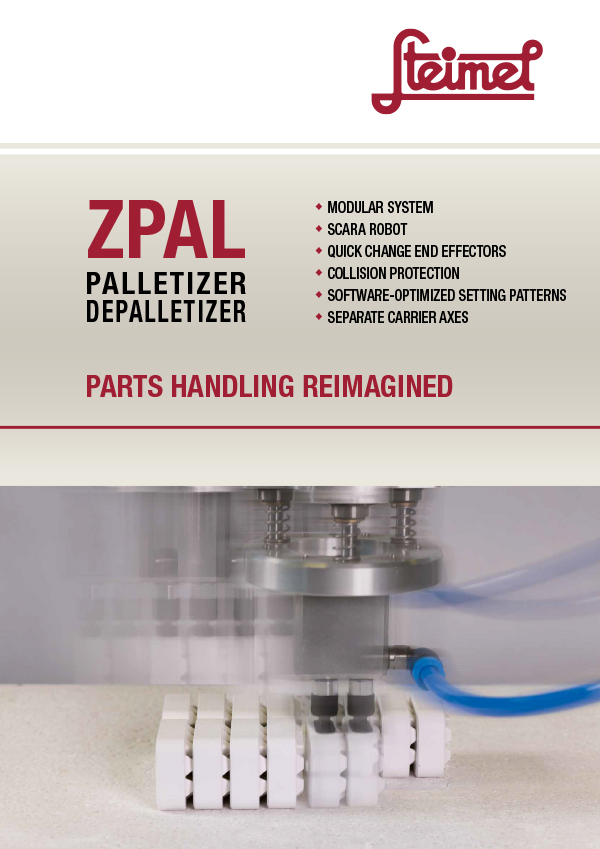 More topics about the ZPAL palletizer: